This trip wrap the top thing to see in Bali such as amazing beach, ancient temple, and nature.

You will discover Nusa Penida and Bali Island highlights in 6 days. Designed to visit the Bali major places of interest and Nusa Penida island. Furthermore you also have a chance to taste some of the adventures activities.

Your trip will begin in Kuta where you will staying for next 5 nights.We will drop you at the beautiful hotel just 10 minutes away from the airport. A strategic location where you can find everything nearby. Then continued with a trip to Nusa Penida island on the third day from Bali island.

The driver will meet and greet you at the international arrival at Denpasar Airport with your name sign. Then you will be transferred to your hotel for check in. Relax and chill the rest day of the day on your own.

A cultural park combined between majestic statue of Garuda mythical bird and Wisnu god with 240 hectares private cultural park on the Bukit Peninsula at the southern end of the island of Bali. The statue is claim as the 3rd biggest statue in the world and become the icon of Bali.

One of six key temples believe to be Bali’s spiritual pillars. It’s renowned for its magnificent location, perched on top of a steep cliff approximately 90 meters above sea level. This temple also shares the splendid sunset backdrops view overlooking the beautiful Indian Ocean.

Balinese dance and music drama was develop in the 1930s in Bali. Since its creation, it has been performed primarily by at least 50 men performers wearing check cloth around their waists, percussively chanting “cak” and moving their hands and arms, depicts a battle from the Ramayana epic.

Partly protected by a limestone karts island which keeps the waters calmer than the surrounding sea. Referring to the name,this beach has crystal clear water, a spectacular spot to do the snorkeling activity. Explore the  underwater viewing all the amazing sea life including  “Manta Point“.

The most popular landmarks of Nusa Penida, a unique rock formation resembles the shape of a T-Rex’s head therefore this beach is often called the T-Rex Bay of Bali. Admire the wonderful view of the white sandy beach and the cliff with massive waves crashing against it.

Take a dip in a natural infinity pool created by a small gap in the cliff face. One of the magical spots with crystal clear tide pool cascades into the ocean.

A scenic coastal formation on the southwestern edge of Nusa Penida Island. It’s a great spot for travel photographers and anyone who wants to enjoy stunning breathtaking views. The highlight of this beach is the archway that wraps around the bay allowing water to flow in and out from the ocean.

Day 4: A Day At Best Waterboom Park In Asia

Its the best water park in Asia which is spans 3.8 hectares designed to provide memorable experiences. From thrill seekers testing their mettle on Asia’s steepest slide, the Climax, to families enjoying the expansive kids area or those wanting to relax and soak in the day away from the bustling world outside. This  world-class slides, built and maintained to strict international safety standards, lies a carefully landscaped sanctuary of gardens and water systems proudly representing the beauty of Bali.

Goa Gajah was built in the 9th century, it served as a sanctuary and believed to have been built as place for spiritual meditation. The complex contains both Hindu and Buddhist imagery, as the cave contains Lingam and Yoni, symbol of Shiva, and the image of Ganesha, while by the river there are carved images of stupas and chattra, imagery of Buddhism. The temple is characterized by menacing faces that are carved into the stone – whose purpose is assumed to be the warding off of evil spirits. The primary figure was once thought to be an elephant, hence the nickname Elephant Cave. Other sources state that it is named after the stone statue of the Hindu God Ganesh (characterised by having the head of an elephant) located inside of the temple.

Tegalalang Village is a place show the beautiful green rice terrace on the cliff bank and understanding how does the local farmer work on it hardly to make rice.It offers the stunning view of rice terrace where we can see from the main road, a perfect Bali photo opportunity with its dramatic views.

Visit a local plantation in the village with abundant of coffee, spices or chocolate and get to know closer how the locals make the most expensive coffee in the world from the animal poo which well known as “Luwak Coffee”.  Have a chance to taste various kind of coffee product served directly from local farmers back yard

Tanah Lot Temple is one of Bali’s most important landmarks, famed for its unique offshore setting and breathtaking sunset backdrops naturally made perfect with the dazzling silhouette. An ancient Hindu shrine perched on top of an rock stone amidst constantly crashing waves. It is simply among Bali’s not-to-be-missed icons.

Its a great attraction for the nature lover viewing the green vegetation surround it with the sound of the water break the silence of the village. It is located at the  Kemenuh village, in Gianyar, North from the capital Denpasar. The waterfall is isolated but has become a popular tourist attraction recently.

Post a hearty breakfast. Relax and chill on your own or go to nearby places around your hotel for last minute shopping and return back to your hotel before the pick up time as planned. Then transferred to the Denpasar Airport for further flight home with beautiful memory. 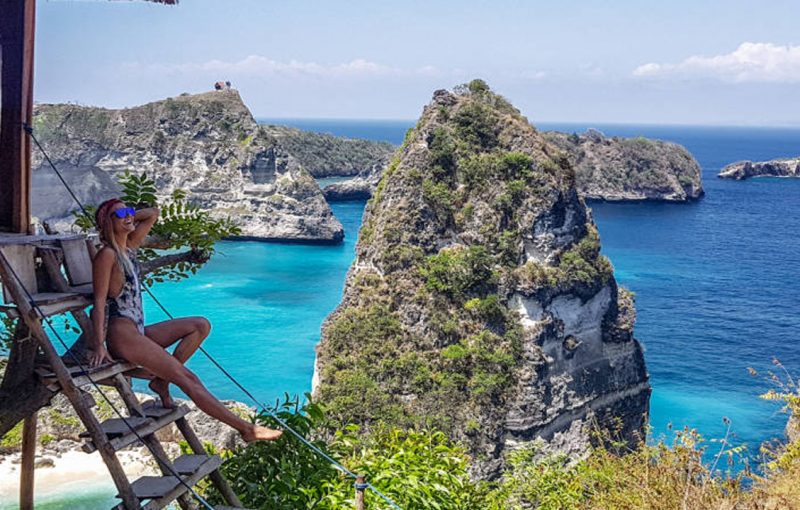 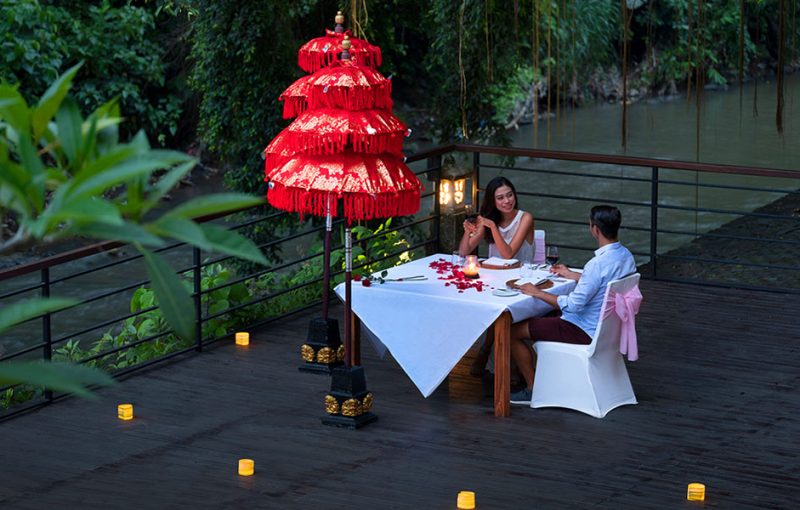 US$
Your once in life time honeymoon journey just start when you touch down Bali land. A…
6 Days Tour Package
Detail > 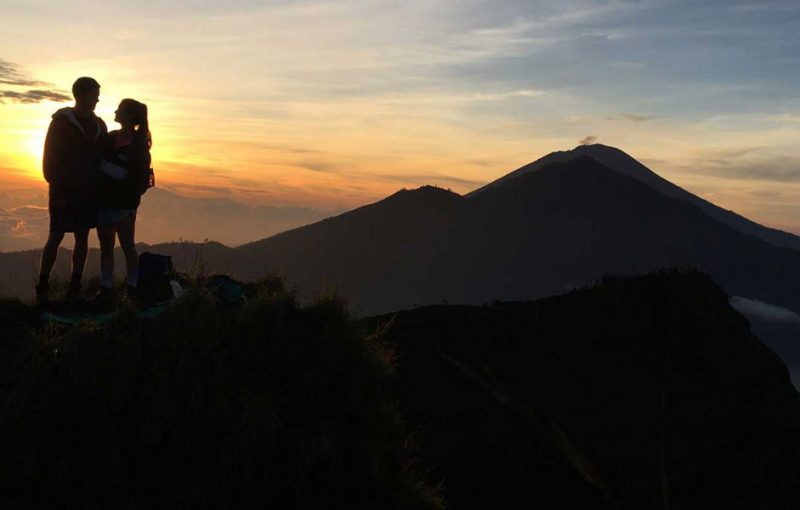 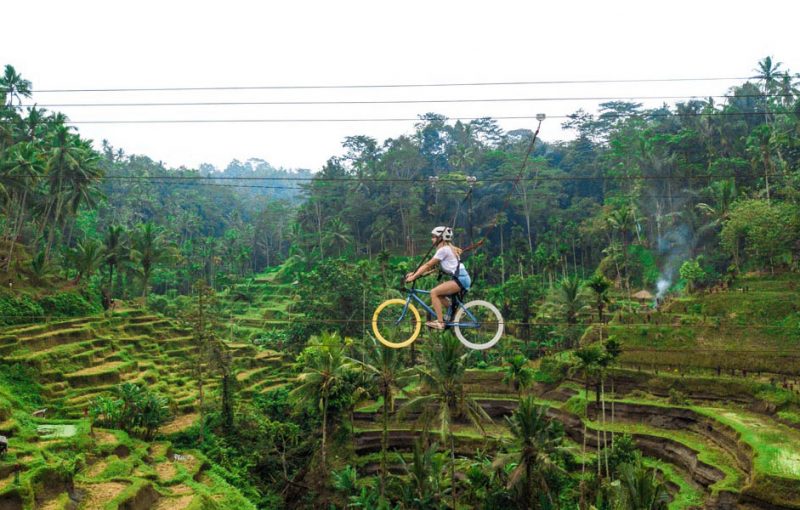 US$
Book 6 days Bali  honeymoon tour package for an spectacular romantic experience. Treasure to the most…
6 Days Tour Package
Detail >
Contact Us Menu